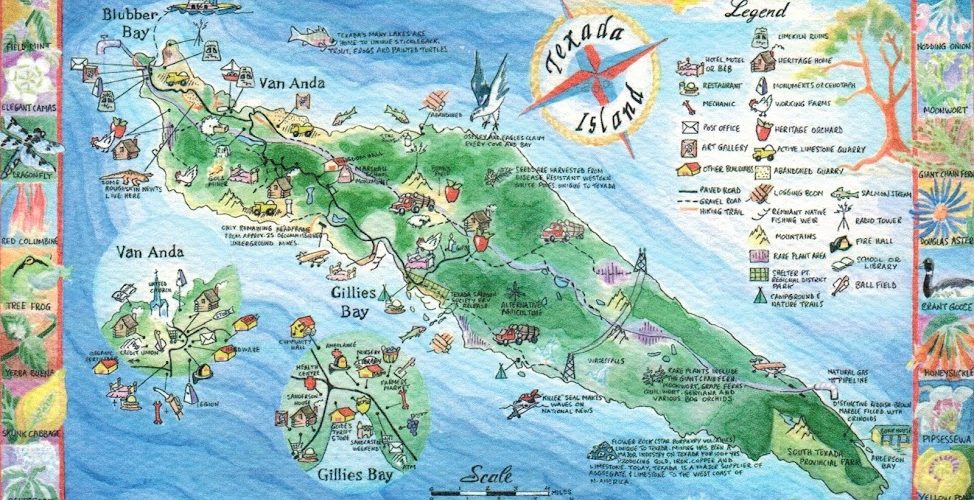 Bioregional mapping is process for creating maps that that set cultural and geographic information into natural boundaries and borders, rather than anthropocentric lines removed from context of place. Maps are not neutral, and many maps today are constructed by governments or economic entities to convey their interests and reinforce their world view. Bioregional mapping is a process which lets us reclaim mapmaking for our own purposes and communities.

Through this process, we are able to represent the physical realities and needs for inhabitants within a region, and develop measurable bioregional frameworks for healthier societies able to live within the contexts and constraints of each region.

Some defining features of bioregional maps:

As a rule, if you see straight lines on a map, whether it is dividing a continent (Africa, Australia etc.), a community (US political districts, gerrymandering), roads (Google Maps) it is not a bioregional map.

Bioregional maps use ‘layers’ that together can better represent a place. These can include:

When possible we set the biotic and temporal elements (x axis) within the physical reality of place (y axis) and document how it flows with the passing of time (z axis).

Bioregional maps are not made from one layer of information, but rather atlases in which layer upon layer has been added, from which shapes and deeper lessons emerge.

Bioregions have a defined political, economic and spatial territory, defined through natural boundaries and borders, and those living there.

Bioregions are natural countries of the planet. They are the largest sense of scale based on physical place in which those connections make sense. They may contain within them many nations, communities, inhabitants, and ecosystems. We use the natural borders of the bioregion as our base for administrative frameworks because despite cultural differences that arise from these differences, nature acts bioregionally not anthropocentrically.

Whether it is flooding, forest fire, drought, ice pack, disaster preparedness and response, growth strategies, economic integration, transportation planning, energy independence, environment & sustainability, food sovereignty, these are issues which all will act on a bioregional framework. By sharing watersheds – we must all have the ability to impact and affect change, and what one community does, will affect the communities downstream of it.

While many maps are bioregional maps, not all bioregional maps are bioregions. A bioregion is smaller than a continent but larger than an ecoregion. They should be large enough to be self reliant, share interconnected physical geography and inhabitant cultures, and ultimately will be defined by the people living there, even if this does not perfectly match the ecologic realities.

The ultimate purpose of defining bioregions, is to create ecological nations that can use these shared frameworks to create regenerative cultures and economies, and ways of governing that are better representative of people, place and inhabitant.

To map a bioregion, we use

Bioregions are similar, but different from ecoregions, in that while being defined by natural borders and features, inhabitant cultures, and especially humans also impact their scale and definition. Ultimately it will be the people living in a place who will define it. For example ‘Pacific Northwest’ is a regional identity that is synonymous with Cascadian values.

Bioregionalism seeks to organize economic, political and cultures (lifestyles) to fit within bioregions, and to build interconnected administrative systems within each.

[1] Terra Region – Coined by Jay Conrad, Brandon Letsinger & Alex DeVetio with the Department of Bioregion in 2019.

“A bioregion is defined in terms of the unique overall pattern of natural characteristics that are found in a specific place. The main features are generally found throughout a continuous geographic terrain and include...

The Basic Litmus Test for a Bioregion

Does it Bioregion? Picture shared by David McCloskey – Cascadia Institute. There can be many different determinants, ideas and definitions for what a bioregion is or isn’t – but above all else –...

Look at a map of the earth from space. Find where you live, your watershed, your bioregion…. sit and look at it… what shapes do you notice? what features? How does that impact or change where you live (the...